Hello! It’s finally time to get posting again, I think! I’m currently sat on the Virgin ‘Super’ Voyager enroute to Cambridge – though, arguably, it’s the slowest one I’ve ever travelled on. If you’re not a regular reader of my blog, I’m off on a little journey this week: firstly, I’m going to Cambridge Uni for the weekend to stay with my ‘bezzie mate’ Heather, before going on to London on Sunday in preparation for my week of work experience at Elle magazine starting Monday. I somehow managed to get the train this morning (granted, an hour later than originally planned), despite not having packed until about 9:30 – oops. Packed all the essentials: Kindle, MacBook, phone, nail varnish remover pads… Lush facemasks, y’know. Although, I have stupidly packed practically an entire week’s worth of clothes in a paper Selfridges bag – and it’s intermittently raining. Hopefully all my new get-up won’t end up all over Cambridge train station.

Today’s plan is to change trains at Birmingham then straight off to Cambridge – hopefully with time to do a little shopping when I get there, as we’re supposed to be going to an 80s-themed night out tonight (they call nights out ‘bops’, how strange?). I’m very much looking forward to checking out Cambridge, it looks absolutely divine from pictures – though I’m not sure my hodgepodge Northern/Welsh/Irishy accent is going to go down a storm with the posh and mighty. I’m sure I’ll update with some hilarious miscommunication stories before Sunday.

Here’s me, awkwardly taking an awkward picture on the train, feeling awkward:

I look like a bug – sexy. I’m currently wearing half of my new ‘London’-worthy wardrobe and my old tat:

I’ll get more pictures in better quality later, hopefully. Then post embarrassing pictures of whatever I end up wearing for the 80s night. Wish it was 90s, could go all out grunge. I’ve also recently dyed my hair, which is going to be a whole post in itself as, despite it coming out okay in the end, it was a disaster. It was meant to go very light purple – really vibrant, but now it’s just nearly jet black with a nice plum sheen. Waste of time, money and effort – bought 5 boxes of hair dye, really only needed two!

Anyway, that’s a quick update from me – I’m going to be back on my game this week. Not sure if I’ll be able to post much about my actual time at Elle, I’ll have to find out – but, if so, I’ll be sure to fill you in about all the madness! I’m so nervous but excited. And hungry – someone feed me. 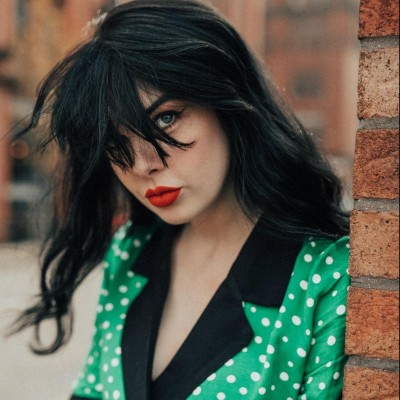 One thought on “Ebony’s Trip To Cambridge/London: Day 1.”