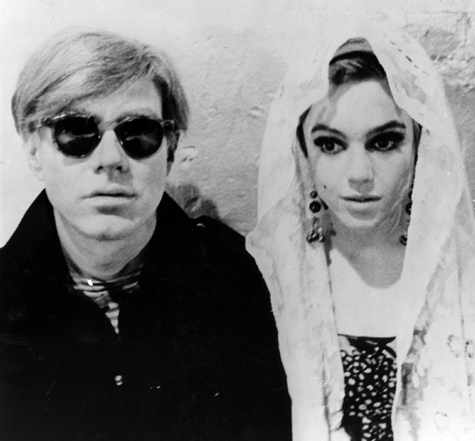 I’ve got to admit, about 75% of trends that I read about either leave me despairing for the powers that be of the fashion world, or proclaiming a sighed “Is that it?”. However, Spring/Summer 2013 seems to be changing that with an eternally stylish nod to the ‘Swingin’ Sixties’. Now, if this is drawing up blanks for you here, I recommend a bit of background reading, or watching rather, in the guise of Factory Girl: a biographical film about Andy Warhol and his ill-fated muse: Edie Sedgwick. Sedgwick IS the 60s. Think heavy black lined eyes, pale lips and a tiny injection of heroin chic and you’re there quicker than you can say ‘Campbell’s Tomato Soup’ (please get the reference, guys).

And if you ever needed someone to get a style-ball rolling, it’s fashion’s latest IT model: Cara Delevingne. Her look for Marc Jacobs, by Nars, was based heavily on the old-school heiress, focusing on a heavy eye look but bringing it into the 21stC with an exaggerated lid crease, instead of Edie’s trademark blacker-than-black full liner. The look wouldn’t be quintessentially Cara without the heavy set, fashionista take on the infamous ‘Scouse Brow’ – which I adore, given I’ve been ‘rocking’ the mildly Scottish-rooted, thick brow look since 1993. Hats off to the beautiful people for making the uncool covetably cool once more.

Despite this alleged nod to the Sixties, I haven’t really seen anything fresh off the catwalk that looks anywhere near as bold as Sedgwick’s near-panda eyes. One can only hope that the high-street will fierce this look up a little. Best worn with a pixie crop, coke-haddled glazed eyes and a shift dress. Personally, I’ll be attempting to master this absolute minefield look below – something I’ve been trying to do since I first discovered Factory Girl about 2 years ago. Needless to say, I still can’t do it, but look how good Edie made it: Will you be paying homage to the Sixties with your face this coming season?

ebonylaurenn@gmail.com
Previous post Thatcherite Power-Dressing on a Post-Thatcher Budget.
Next post Is She, Isn’t She? Has Victoria’s Secret Angel Miranda Kerr Fallen?