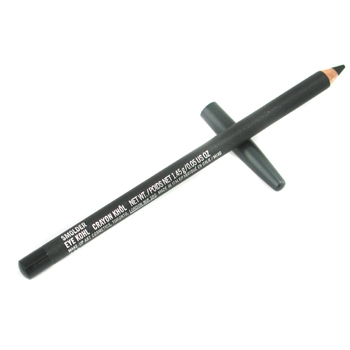 I mentioned this a week or so ago on Twitter but: here’s my next giveaway. This time, it’s out of my own pocket – you lucky so ‘n’ sos. I joke, I’m really appreciative of all the lovely feedback I’ve had of late, so I thought I’d treat you guys to a little MAC number – namely, their kohl liner in Smolder, which usually retails at £14. What’re you waiting for? Get entering:

Okay, this is going to be a wishlist post but, despite it being the glorious month of Christmas, I’m not going to make this a Christmas wishlist (though family members: I wouldn’t say no to these *cough cough*). Fortunately of late, I’ve been offered a number of freelance projects which, after my recent run-in with a ‘Manchester’-based Elance client who turned out to be from Nigeria (and, oddly enough, a bonafide con artist), has been blissful to both my mental well-being and my bank account. Here’s what has me a-dribblin’ this month (most of it is still painfully out of my budget, don’t fret):

END_OF_DOCUMENT_TOKEN_TO_BE_REPLACED

I can’t say I’ve ever been crazy about buying primers before: my skin’s reasonably quite ruly when it comes to oiliness and I’ve recently taken the plunge to not wear foundation unless I’m going out. However, of the ones I’ve tried, this one is definitely fighting me for Benefit’s ‘Porefessional’ #1 title in my must-haves, upon receiving it recently. That said, there are huge differences between the two products: the Bare Minerals targets redness, which is portrayed in its yellow-based tone, whereas, the Porefessional is more of an all-rounder which would be suitable for all skin types. This makes me a big fan of the Bare Minerals, as I’m very pale skinned with an annoying pinky undertone, which is coming out in the sunshine as a glorious reddy undertone – how gloriously attractive that sounds. A thin layer of this beauty smoothed in after moisturiser and I am good to go. Here’s a little swatch on my paleness: (don’t fear, it rubs in to a less scary colour!)

At £21 for a 30ml product – but only £17 through QVC, it does seem a little steep – but each application only requires the tiniest of presses on the pump, so it should be cost-effective and long lasting. It’s definitely a good product to use if you’re about to embark on a wild night out, great for avoiding the oil slick/patchy red-face-man look after you’ve been throwing too many shapes at the latest Justin Timberlake song. It’s also proved pretty good as a standalone beauty product; applying after moisturiser on one of the bizarre heatwave days we’ve had of late (cue pensive stare to the now-rain drenched window), can be really effective if you fancy getting a bit au naturel. This is especially fun if you’re freckly.

There is one thing that I disliked about this product and, annoyingly, it could be a big off-putter to some: the scent is strong. I’m talking really strong. Nothing repugnant or bad-smelling, just mildly medicinal to the extent that I’m always quite dubious about putting it under my eyes, lest they get all watery. I still use and would recommend the product, I would just suggest that in future, it’s made with less perfume. I mean, why does primer need to be scented anyway?

I would’ve done a picture of me actually wearing the product but I have a nasty heat/stress rash on my face at the moment, so you’re not going to get a clear indication of how it works. Grr. I will update the post with pictures when I’m a bit less haggard-looking.

Cons: Smells a bit like you don’t want it invading your retinas. Then again, I don’t think the smell of anything would make you want it on/in/around your retinas. Ahem.

Would I recommend: Yes. Particularly to those with normal/combination skin of a lighter tone, with a pink undertone.

Okay, I may’ve slightly overdone it with the Duty Free buys, but I’m enjoying having a lot to write about! This time I’m going to talk about one of Benefit’s handy little miniatures kits: the Tropicoral. I got lured into buying this when I was trying out the new foundation that I reviewed the other day and ended up just having to have the whole works done – you know how it is. The first thing, and the quintessential point with any Benefit product is: Daaang, check out that packaging. I have quite a thing for their silly wordplay with each and every piece. Check out this beauty:

END_OF_DOCUMENT_TOKEN_TO_BE_REPLACED

Unmasking The Facemask – With Lush.

I recently got asked to do a post about facemasks, as I’m a keen lover of Lush’s amazing range and facemasks are often just dismissed with the stereotypes of either giggly tweens at a sleepover or frantic ageing beauties clinging to chemical peels – a far cry from the natural and skin-loving products on offer today.

END_OF_DOCUMENT_TOKEN_TO_BE_REPLACED If you caught my post earlier today about my little haul, you’ll see that I’ve bought the 107 shade that Kate Moss is wearing in the advert and I was planning to do a later post featuring a review of the item and a tutorial of the look.

END_OF_DOCUMENT_TOKEN_TO_BE_REPLACED

Yesterday I received a sample of Vanillary through the post from LUSH – which was a lovely surprise! I popped it into my satchel in my hurry for the train, as I was off to Manchester to see Grazia’s Fashion Editor Sophie Ferguson at the New Look Denim Styling Event – and quickly dabbed a little on my wrists in the midst of my extensive make-up routine (done on the train – Miss Lastminute.com). It smells absolutely divine! The scent is rich and familiar yet filled with sexy musky tones – I may just have to order some the second this one runs out! I’m also really happy as it’s another LUSH pot to my collection that I can recycle for one of their divine face masks when finished.

You can apply the perfume stick to either your neck or wrists, and I found it easier to apply a generous amount to my wrists and then rub onto my neck. I couldn’t decide whether it was due to it being a new scent to me, or whether it had amazing staying power, as I could still smell it as though fresh, a good time after one application. The packaging is ongoing with the LUSH brand theme, black with their signature title font in white in a small cylinder shape – so perhaps not as glam as you’d like your perfume to be, but it is amazingly handy for just throwing in your bag and using for a little pick-me-up throughout the day.

Here’s the LUSH description of the product:

“The sweet and sensual real vanilla and jasmine absolutes are supported by the burnt caramel-like scent of tonka bean in this delicious perfume. Vanillary is a grown-up gourmand. Its character really warms and develops on the skin and you’ll get many compliments wearing it.

A group of Lushies visited Heston Blumenthal’s Fat Duck restaurant and were inspired by a pudding they ate there to create the Vanilla Fountain bath ballistic. Amanda, our Retail Guru, along with many other Lushies nagged Simon until he caved in and made the delicious scent into a perfume.”

I would definitely recommend this product – to pretty much anyone who is on the go constantly. Even if the scent isn’t for you, the LUSH perfume range is ever-expanding, with new scents like 25:43 getting snapped up frantically already. Find your own scent!

Lush has been treating us to pure-as-possible treats for our bodies for years, be that through bath bombs, moisturisers or even their infamously addictive soaps. I’m an avid fan myself, with my must-haves set on Herbalism powder-cleanser and Celestial moisturiser – which I was visiting Lush to re-stock, when my friend and I were collared by a very smiley Irish employee – who insisted we must check out their new range. Always keen to check out new stuff, we complied and he brought us over to one of these bizarre-looking contraptions…